Miko Rwayitare built TeleCel, Afrika’s first-ever mobile network in 1985. He sold mobile handsets initially to Zaire’s government at $3,000 a unit. He would go on to sell TeleCel for about $213 million in 2000.

Long before cell phones (mobile phones) were popular in Afrika, and even in Western countries such as the USA, Zaire (present-day Democratic Republic of Congo) already had a reported 3,000 mobile phone subscribers on the first-ever mobile network in Africa. To understand how significant this milestone was, you need to understand that this was during the 1980s.

Such a feat was a result of Rwandan-born and Zaire-educated Miko Rwayitare seeing an opportunity and starting TeleCel, Afrika’s first-ever mobile network in 1985, and selling handsets initially to Zaire’s government at $3,000 a unit and charging approximately $16 a minute for them to make calls on his new mobile network.

The birth of TeleCel

Rwayitare was born in 1942 and would later pass away in 2007 in Belgium. He is not only credited with building Afrika’s first-ever mobile services provider but also probably the first-ever cell phone call in Afrika in 1986, an important highlight considering that one of Afrika's largest mobile services markets by subscriber numbers, Nigeria, only managed to experience its first GSM call during 2001.

Also known as the father of telecommunications in Afrika, Rwayitare would go on to build TeleCel into a pan-African company and in the process, himself become a billionaire.

He would later move with his family to South Africa in 1995, soon after the country gained independence and a new democratic government was elected.

Makings of a billionaire

In South Africa, he would go on to open a new business called Mikcor Investment Holdings (Pty) Ltd. This was an investment holding company with diversified business interests in various sectors such as telecommunications, real estate, hotels, and later, a wine farm.

In a landmark deal at the time, Rwayitare would sell an 80% stake in TeleCel to Egypt's Orascom in 2000 for approximately $213 million.

This deal did not mark the end of his participation in the telecommunications sector as five years later in 2005, he would buy Goal Technology Solutions, a broadband company based on power-line communication technology, which served customers across Africa.

Rwayitare passed away in 2007 and he is definitely one of the pioneers of Africa's now growing technology and telecommunications sectors.

How smartphones and the internet impact music 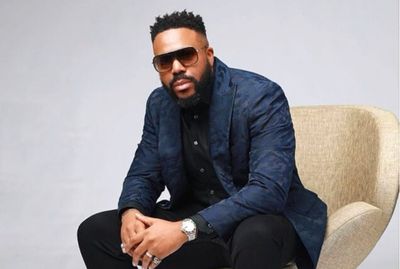 The business of music in the digital era