A shadowy Twitter sub-culture is emerging in Zimbabwe where celebrities, politicians, and businesses weaponize the platform and use "Twitter brokers" and their followers to get opponents suspended or denied the coveted verified badge.

Twitter in Zimbabwe now carries an emerging subculture where the country´s celebrities, politicians, and businesses appear to weaponize the social media platform to crush each other's presence or determine who gets the coveted blue tick mark. The background to this is that through Twitter’s AI and human moderators, dotted in call-centers from Dublin to India, the company routinely freezes popular accounts in Zimbabwe only to later backtrack.

This is not an unusual occurrence as Twitter users’ handles can be reported publicly or anonymously for violating the platform´s principles.

According to my observations, it could be anyone from jilted lovers, online clout rivals, or Zimbabwe´s government's powered ‘Varakashi’, the so-called Twitter army actors which I have documented in the past for iAfrikan.com.

First, the trick, practiced by Zimbabwe's secret police involves flooding a pro-democracy activist´s account with malicious stuff until Twitter moderators are fooled and suspend the target´s account. In 2020, my investigations for the World Ethical Data Foundation revealed that Zimbabwe's secret police probably had a standing Twitter army whose job is to sabotage the accounts of state critics.

Secondly, in Zimbabwe celebrity communities there seems to be an emerging subculture of Twitter brokers. This is anecdotal as no one has come out into the open to claim this mantle.

In Zimbabwe's online lingo, Twitter brokers are individuals deemed credible enough by Twitter to write a pleading letter on behalf of someone's account. They are the go-to for powerless comedians, merchandisers, activists, or ordinary citizens who suddenly find themselves suspended by Twitter. The supposed Twitter brokers I spoke to claim they are not paid but it is speculated they can get your account suspended for a while until you repent, which is to align yourself with their anti-government political stance for them to plead your case with Twitter moderators.

Of course, this is hearsay.

When Twitter ‘brokers’ intervene, they get your account validated, earning you that respected blue tick, and insuring against possible future bans.

"Twitter brokers are individuals deemed credible enough by Twitter to write a pleading letter on behalf of someone's account. They are the go-to for powerless comedians, merchandisers, activists, or ordinary citizens who suddenly find themselves suspended by Twitter."

Hopewell Chin'ono, is one such well-known so-called Twitter broker in Zimbabwe, the country´s most famous investigative journalist who has been jailed in the past for exposing multi-million dollar Covid-medicines corruption scandals.

For example, in April 2021 when the Twitter account of a leading Zimbabwe broadcaster was suspiciously and allegedly hacked and its handle altered, Chin'ono, the Twitter broker, publicly said he wrote a letter to Twitter to get the broadcaster's handle restored. In January 2021, when Chin'ono was freed from prison, he announced the queue of Zimbabwe celebrities wanting their Twitter blue ticks restored awaited him. He also announced that when he was in prison the blue tick on the Twitter handle of  Nelson Chamisa, the leader of Zimbabwe's largest opposition party had suspiciously disappeared, and he was the one to engage Twitter on behalf of Chamisa.

Here is a striking example of Twitter brokers in Zimbabwe out to sabotage each other.

In both instances, thousands of followers of Hopewell Chin'ono, who is the Zimbabwean government's biggest Twitter critic, celebrated Twitter for shutting down @Matigary and @Nickmangana´s accounts.

There is no legal proof to suggest that Chin'ono, the Twitter broker is the one who secretly wrote to Twitter to have the accounts of @Matigary and @Mangwana (both pro-state propagandists) kicked off Twitter.

But suspicion was rife in Zimbabwe's informal Twitter spaces that it is not Twitter AI code or moderators abroad blocking pro-regime handles in Zimbabwean, but some Zimbabwean ideological rivals plotting and reporting each other to Twitter. This chat details the suspicions.

What we have basically here seems to be a tit-for-tat reporting of accounts to Twitter among Zimbabweans sitting on opposite ends of the political fence.

The so-called Twitter brokers are an emerging subculture in their infancy but in Zimbabwe, the trend is quite growing and there are anecdotal cases that seem to show that business, social and political rivals are using Twitter broking as a tool to fight their grudges.

"It´s like, if your Twitter account is gaining too much clout ahead of mine, I make an anonymous report to Twitter so that you get suspended. That way you can come back begging me to plead to Twitter on your behalf. It's a fascinating subculture rumor in Zimbabwe," said TEDx-speaker and social technologist Yasin Kakande.

Do Androids Dream of electric sheep?

In God we trust, everyone else must bring data 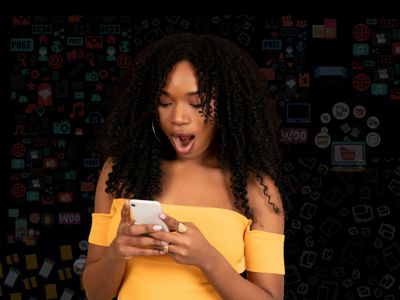