Ben Basche on the future of digital technology

Joining us on this episode of The Tefo Mohapi Show is Ben Basche to talk about Apple vs Epic Games and more.

On 13 August 2020 something interesting happened. Firstly, Epic Games, the makers of Fortnite, decided to allow players to make in-game purchases by paying it directly on iOS devices and not using Apple's in-app payment system. This led to Apple swiftly banning and removing the popular Fortnite game from its App store citing violation of rules.

Things then escalated quickly on the same day as Epic Games would then file legal papers against Apple opposing the ban and saying that the company is abusing its App store monopoly. What was surprising is that Google would also later remove Fortnite from its Play Store. That was surprising because the Play Store is less restrictive than Apple's App Store.

One thing that is emerging is that this battle, especially between Apple and Epic Games, appears to be one of those moments in history that will shape a few trends as far as app stores and online marketplaces go.

Joining us on this episode of The Tefo Mohapi Show to discuss this is Ben Basche, a Product Manager at one of the largest entertainment companies in Afrika. We also talk about another trend that looks like it will disrupt how software products are developed, specifically how Amazon Web Services (AWS) is helping people develop software products without needing to do any programming, codeless. 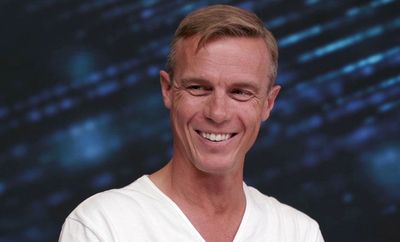